Somewhere, A Clock Is Ticking 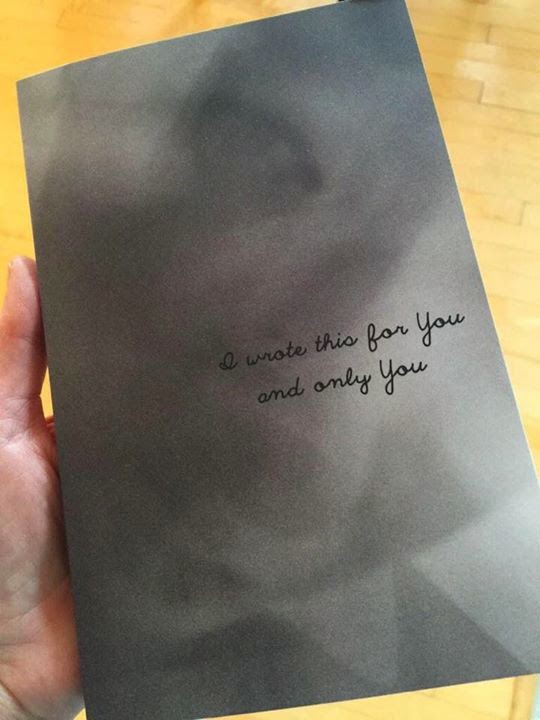 Please forgive my absence. We've been working quite diligently on the new I Wrote This For You And Only You book. If you didn't know, it's a follow up to our original book, I Wrote This For You. The first book has the best entries from 2007-2011, this new book is the same, from 2011-2015.

It looks great and contains beautiful full colour photography and, I believe, 200 entries in total.

It's always very strange to go through a collection like this because it forces me to look at what was happening during that time of my life. While I've always said that I don't want to turn this into an 'emotional reality tv show', because that wouldn't be fair to the people who are close to me, there's always a part of me that comes through.

I keep a notebook and a big, epic google document which is where I write ideas for things and the start of things, and I slowly put parts of myself into that as I go about my day, sentences that stick in my head and so on, then Jon sends me a picture, and I say, "Well, of course, that picture was meant for this."

That's not always true, sometimes Jon sends me a picture and it suggests the words. It's all always been chaotic and organic.

But when it's all put together, when it's collected, I can always see something, a shape , like the poems are all pixels in a bigger picture.

I know you'll see something else when you look at it, and I'm glad for that. I've never wanted to beat somebody over the head with a piece of writing and go, "Understand me! This is about this!" because once you've written something down, you no longer own it. The person who reads it owns it and they, hopefully, will own something different to what you wrote, the things that fill in the space between the valleys and the peaks of the words on the page.

Whatever you find, and whatever you own, I hope that the act of finding it makes you feel less alone.

Being found, has always made me feel less alone.

I can never thank you enough for that.

I'm also desperately trying to finish a book that I've owed someone for quite a while, called "How To Be Happy."

To be honest, I don't even know if I know what it's about anymore. I had this idea that because I've dealt with depression quite a bit in my life, that maybe I could write a book about dealing with it, but the book has ended up being something else. I keep writing it, deleting it, writing it, deleting it and I rinse and repeat. Anyway, the clock is ticking on that and it's getting pretty serious. I am way, way past the deadline.

There's also ten other things going on in the background. I know most of them will fail but I also know that if I do ten things, at least one of them will work. So I do a lot because the one that works, is always worth it.

And I must get back to it. 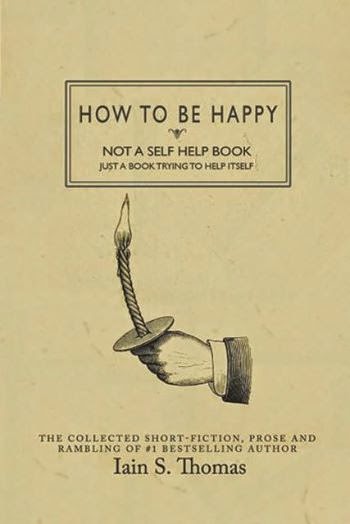 I still cherish the old one so much and have made it my own with sketching and bent corners and coloring.

I can't wait. Something great to look forward too :)

So much love, and the luck in the world

I've found that that's the thing with depression. It morphs. You try to write it down and it becomes something else. You look in the mirror and see a shadow of yourself. You try to take a picture of it and it hides from the flash. But you know it's there, cowering from the sunlight. Waiting until you're by yourself to show its face again.

I teach at a high school. When I gave kids detentions, I'd make them open to random pages and read out of your book until I felt like they learned their lesson, but you could tell they really got into it. Through word of mouth other kids heard about it and ask about it. I have several students who come after daily to read from it. It means a lot to them.

I want a copy of your first and second books..and maybe all you books. I did not know you have them. honestly, i was surprised to find out you do. i am really a great fan of your blog.... i wish i know where to find them....

Gah! How is it that whatever you write seems to elicit some form of emotion from me? I got a little teary eyed while reading this. As I was reading about the things you went through while writing those words, I was silently thinking about what the words would say for when I fell apart, when I lost myself, when my Dad died and my world fell apart, when I fell in love. I can't wait for the new book. Even though I've already read the words, I look forwarding to re-reading them.