The Light From Frozen Graves 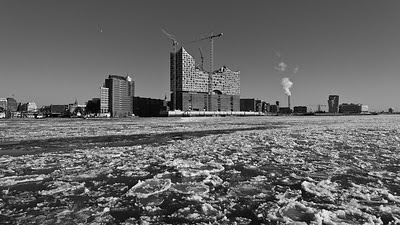 "But I just want to stop feeling."

"As far as I can tell, there's only one way to stop feeling and that's to die."

"That seems a bit drastic."

"It is drastic. Perhaps the most drastic thing there is. There are other ways to kill feelings, like drinking a lot or working hard, constantly, pushing those around you as far away as possible until there's no way for you to reach out to them but ultimately, the only way to completely stop feeling, forever, is to die."

"Good. You'll be a better person for it."

"I mean that the most interesting, amazing people I've ever met, the ones who influenced and shaped the universe itself, are the ones that felt too much but lived through it."

Thank you, this made my day.

To live is to love.

This is me talking to myself most days. Very poignant and powerfully true.

And it's totally worth it.

yea. living can be so hard at times.

It's when every breathe is a reminder of that sorrow, and the overwhelming fears pops in unexpectedly, manages to escape with your breath and grip on things. That's when it's the hardest. And that's when I find myself here, on this site, panicked, and searching for the words to remind me that I can handle this. Thank you.

"It involves living..." Beautiful :) but somehow I still get the feeling people who want to kill themselves are seen as not strong enough to be those heroes who "live through it".

"It involves living..." Beautiful :) but somehow I still get the feeling people who want to kill themselves are seen as not strong enough to be those heroes who "live through it".

I was contemplating suicide tonight. Until I read this.

I think
this just saved me.

Been there... It's the hardest decision that you can make.. to continue to live, hopeful in the darkness that someday there will be light..

I can't see it, I can't see why love is so needed in the world. Yesterday I talked to my mother and she told me about this man she's seeing- and has been seing for severly years now- who can't leave his wife. He's married. My mother and he have known each other since they were young. It's such a lovestory, or at least it could be, if it just wouldn't end in three persons being hurted.
But since this is real life, I think it will be just one more lovestory that fails. I just can't see it.

One of your best. I love you.

Rakhi said...
This comment has been removed by the author.
Saturday, February 04, 2012

I want to live!

You inspire my every day, don't ever feel like you aren't important.

There are probably thousands like me that in some small way, depend on you.

Because you really are a good person.

all i want is to stop feeling your presence. nothing more, nothing less. yet this too seems like i'm asking far too much.

Even when we are apart I am always with u in ur heart soul and body. I'd love to be lying next to all 3 this very moment

It's a little scary how perfectly timed this post was. I've always felt like I felt too much. I'm trying to embrace it.

If everyone who contemplated suicide would strike up a conversation such as this, the rate would be so much lower... Ahh, this post means the world to me. Thank you.
RIP AEK

I don't know who you are. Where you are from. What you to do. But I love you!

Interesting how that's the way it is, huh.

This entry is the only thing that is keeping me going right now.

When i first read this piece as it was posted, I was a week into a 5 month trip away from home in NZ to the UK.

I never knew how much it would mean to me... until I came home again.
Thank you.

This is so beautiful and speaks louder to me than most words do.
Thank you for existing and letting me know I'm not entirely alone.